Because of this here little blog, I have become more aware of the online autism community. I have found that there are pages, forums, websites, chatrooms, and lots and lots of opinions. And to my surprise, lots and lots of discord. Truth be told, there is downright hostility out there, all in the name of autism awareness. While living under my rock, I truly assumed that those of us who live in the world d’autism were a team front. I was totally wrong.

Autism awareness is a simple concept with an impossible application. Because what I want you to know about autism isn’t what another mom wants you to know. It isn’t what the autistic teen or adult wants you to know. You might be autistic, employed and living independently while this mom over here has a non-verbal daughter who bites her teacher’s arm like a cheese stick. It’s a spectrum disorder, and the spectrum is the size of Montana.

Enter Autism Speaks – a household name and the preeminent advocacy organization for autism. Its Facebook page has 1.2 million fans, and its lobbying arm is so effective that I imagine even the automotive industry is jealous. Autism Speaks is at the forefront of scientific research, insurance reform, and tax-free savings plans. It offers toolkits, links to local resources, IEP guides, and an up-to-the-minute website loaded with information. Autism Speaks is global. Tomorrow, we’ll watch this organization light the world blue – the Empire State Building, Sydney Opera House, and St. Sava Temple, among others, will be blue on April 2 for World Autism Awareness Day. Autism Speaks does all this and more. This impresses me. They’ve got it going on.

Autism Speaks has the daunting job of advocating for 1 in 68 people, according to the latest CDC statistics. That’s a large group to represent, and it should come as no surprise that Autism Speaks does not impress everyone as much as it impresses me. Recently, Autism Speaks has come under a lot of fire. There was the op-ed piece by co-founder Suzanne Wright that came right out and said that families with autistic kids are not living, along with the video, I Am Autism, that showed a darker, eerier side of autism (although did anyone actually watch this video to the end where it became fiercely optimistic and hopeful?).

Some people called the video and the op-ed piece dehumanizing. I called them honest.
And there you have the great divide.

These two pieces of PR splintered the autism community.  The splinter groups believe that autism should be accepted, not feared. We, as a society, should not marginalize differences, but embrace them. Some people are calling for a boycott, another group wants Autism Speaks’ non-profit status revoked, and many are calling for a complete restructuring of the organization.

I have another suggestion: if Autism Speaks doesn’t speak for you, perhaps it’s time to support another organization. Isn’t it that easy?  (It is funny-ish that accepting people is at the heart of this debate because I have seen more acceptance exhibited by the Westboro Baptist Church than I have seen in some of these discussions. #TrueStatement)

If you believe autism should be accepted, and not treated and/or cured, then start an organization with that mission statement. If you think legislation and science should take a back seat to your local resources, then initiate a grassroots fundraising campaign.

Some of us really, really need the science and the insurance reform and the legislative prowess. And yes, we need to know that other people out there understand how dark some days can be. I don’t think there is one ounce of shame in that. What some found dehumanizing gave others comfort and hope. There’s that spectrum.

I recognize how important social acceptance is, I absolutely do.  But for so many of us, that’s like a home run dream…when our kids can’t even find the field.

I need to get my kid on the field. My money is on Autism Speaks to help get him there. 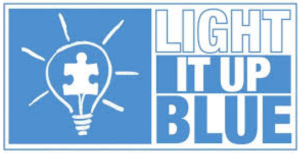 Out of the Way, Mom.

Dear Mom in the Waiting Room.

Hi. I’m Becca. Boy mom, INFJ, rooted in Phoenix (yes, even in the summers). Lawyer who always has a creative side hustle going on. Advocate for kids. I firmly believe that a straight line isn’t the best way to get anywhere.

I'm a middle-aged mom. Of course I have a blog. Phoenix. 🖊

This month’s donation is to the @eji_org ⚖️

Please Just Follow the Rules. [A Poem] by Keith Gi

I’ll be donating every month to an organization

We needed out. #hastalavistaphoenix #minibreak #wa

As an Amazon Associate I earn from qualifying purchases.